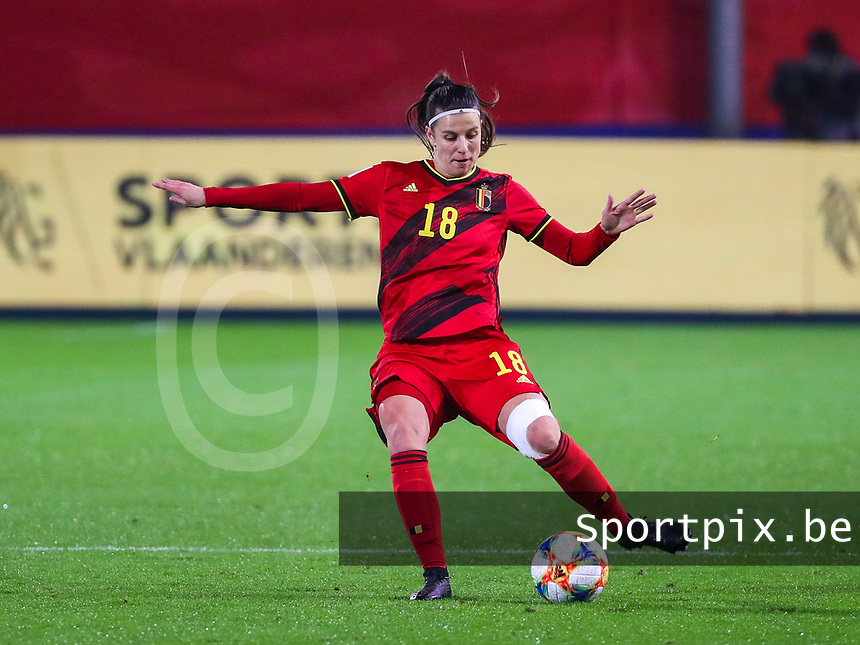 Laura De Neve (18) of Belgium in action during a female soccer game between the national teams of Belgium , called the Red Flames and Armenia in the fifth game in the qualification for the FIFA Women’s World Cup in group F , on thursday 25 November 2021 in Leuven , Belgium . PHOTO SPORTPIX | SEVIL OKTEM