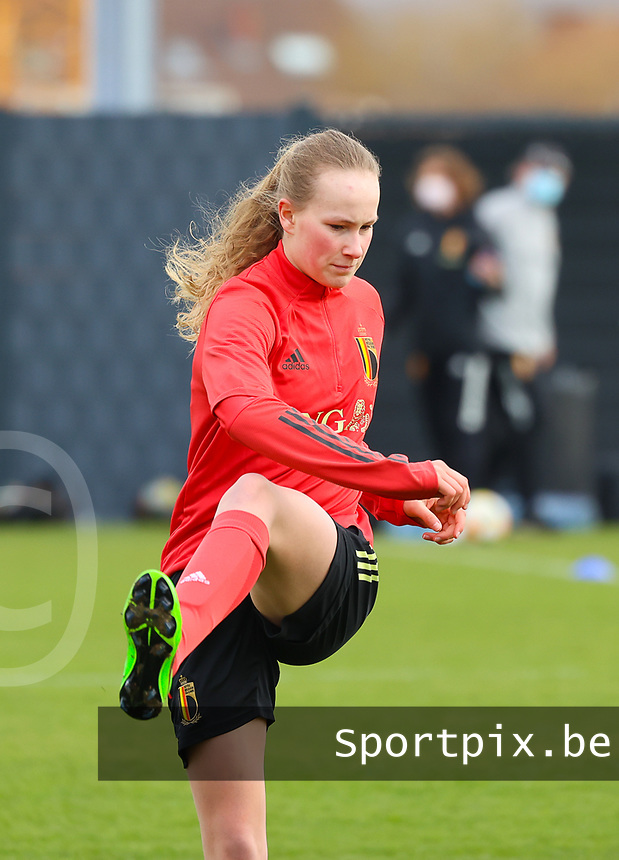 Feli Delacauw pictured during the training session of the Belgian Women’s National Team ahead of a friendly female soccer game between the national teams of Germany and Belgium , called the Red Flames in a pre - bid tournament called Three Nations One Goal with the national teams from Belgium , The Netherlands and Germany towards a bid for the hosting of the 2027 FIFA Women’s World Cup ,on 19th of February 2021 at Proximus Basecamp. PHOTO: SEVIL OKTEM | SPORTPIX.BE