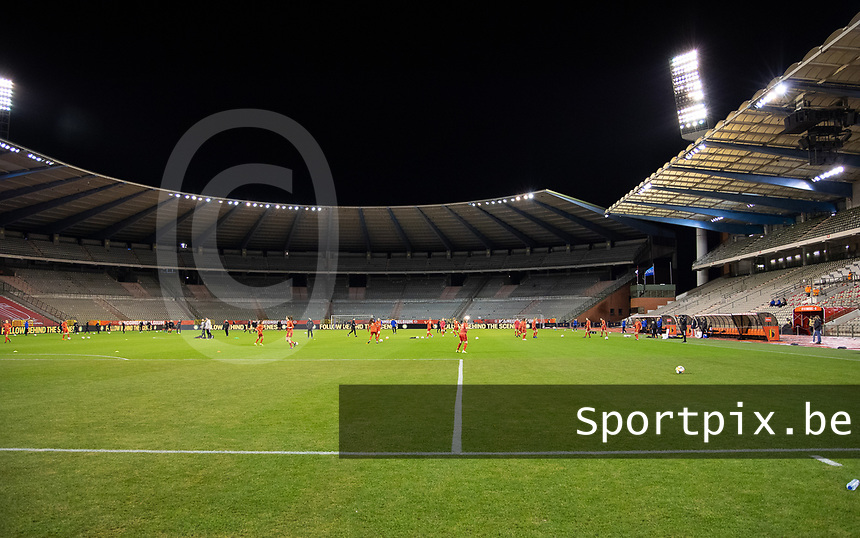 Illustrative photo of Kind Baudouin Stadium taken before a friendly female soccer game between the national teams of Belgium , called the Red Flames and The Netherlands , called the Oranje Leeuwinnen in a pre - bid tournament called Three Nations One Goal with the national teams from Belgium , The Netherlands and Germany towards a bid for the hosting of the 2027 FIFA Women’s World Cup , on Thursday 18 th of February 2021 in Brussels , Belgium . PHOTO SPORTPIX.BE | SPP | SEVIL OKTEM