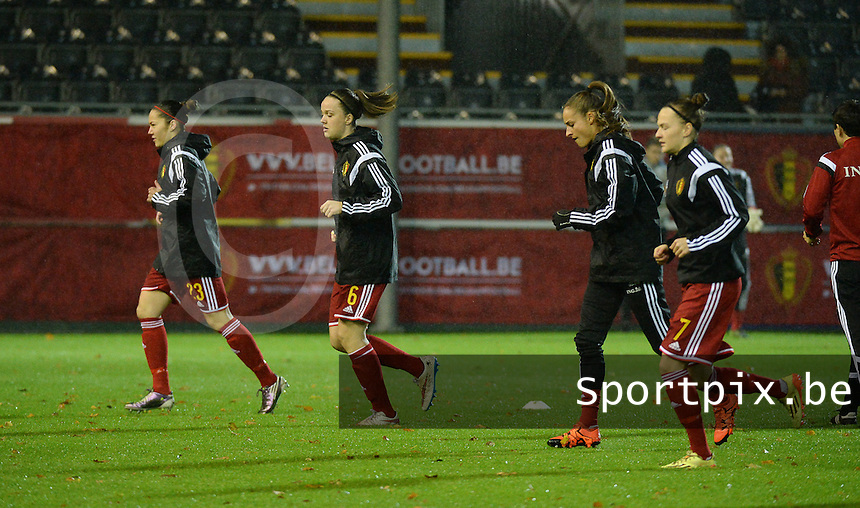 20151130 - LEUVEN , BELGIUM : Belgian players pictured during the warming up of the female soccer game between the Belgian Red Flames and Serbia , the third game in the qualification for the European Championship in The Netherlands 2017 , Monday 30 November 2015 at Stadion Den Dreef in Leuven , Belgium. PHOTO DIRK VUYLSTEKE